How To Serve & Overhead Smash

Under the Strategy section of Pickles Ball, I have written quite a bit about what you should try to do with your serve and have given you some ideas on how to add variety to your serve as your serving ability improves.

This page is intended for those players that are having trouble just getting their serve in the proper area of the court.

But whilst serving is important, smashing a pickleball, is extreme fun.  So lets see if we can get you doing a few more overhead smashes and varying your game. 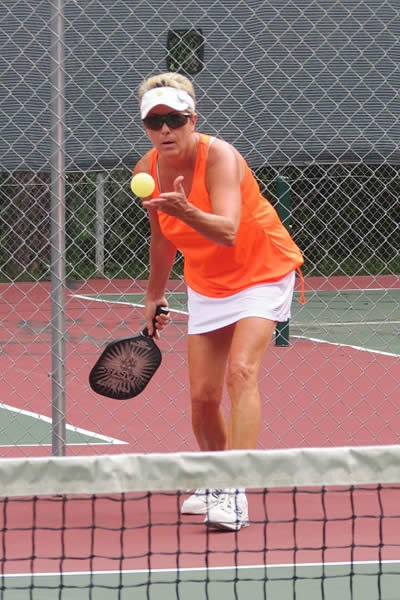 The accuracy of your serve can win or lose you the game.

As an experienced player and volunteer teacher introducing new players to the game, your primary focus will usually be on helping the players learn the rules of play, practicing some of the basic skills such as forehand, volley, and serve, and then to play some games.

As time permits, you will also be trying to give them some basic strategy as to where they should stand when serving or receiving.

As this group starts to play games, there will occasionally be a player that almost never gets their serve into play when you have this beginning group play games. This is not fun for the group and is discouraging for the player making the errors.

A good idea that I have seen work is to have the student stand inside the service line to make the serve and if they still miss, have them stand closer until they can get the serve in.

A new player can often hit the ball well due to other racket sports, but may still have an unusual amount of trouble getting their serve into he court. After this goes on for a while, the player will tend to tense up every time they get ready to serve which makes it even harder for him/her to have success.

This player could also improve their serve, by going out to the court on their own and practicing their serve starting from closer to the pickleball net and hitting very soft shots and gradually moving back as they start to relax and gain confidence.

How to Overhead Smash

Grips: The Eastern forehand grip or the continental grip are recommended for the overhead. If you’re a former tennis player, use whatever grip you used for serve and overhead in tennis.

Never……..never……..never….. back up while facing the net in an attempt to hit an overhead. You are to likely to lose your balance leaning back and fall and hit your head. This is especially true for us seniors that are less agile on our feet than we used to be!  Talking of feet, you might want to take a look at our best pickleball shoes for men and women, as there are some great options to keep you steady on your feet. 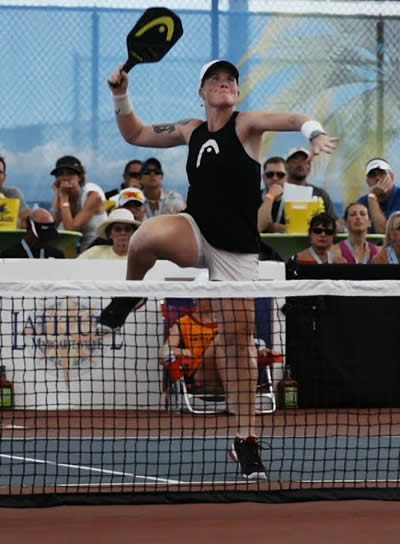 Overhead smashing a pickleball is a very effective shot, if done right!

Other Tips on hitting the overhead

Don’t aim too close to the lines and make a lot of errors. Have patience and wait for a short lob before taking a chance.

If you often hit your overheads long, it is usually because you are not hitting the ball far enough ahead of you.

If you often hit your overheads short, it is usually because you are hitting the balls to far in front of you.

Use the middle. In Pickleball, it is often difficult to hit the ball away from two good defensive players. If your opponent hits a lob that makes you hit a smash from 3/4 court or farther, don’t try to do too much with your reply.

Hitting a solid overhead down the middle can be a smart and effective way to keep your opponents on the defensive. The opposing team might be confused as to who should handle the overhead, and it draws them into the center of the court, creating more angles for your next shot. They will usually hit another lob, and if you get to hit it around the no-volley line, you are more likely to hit a winner from there.